Or, at least, everybody should.
Do you want a 5E adventure that's packed with Mimics?
Here is it: The Marvelous Mimic Mansion has more Mimics than you've ever seen, and it's on Kickstarter right now. 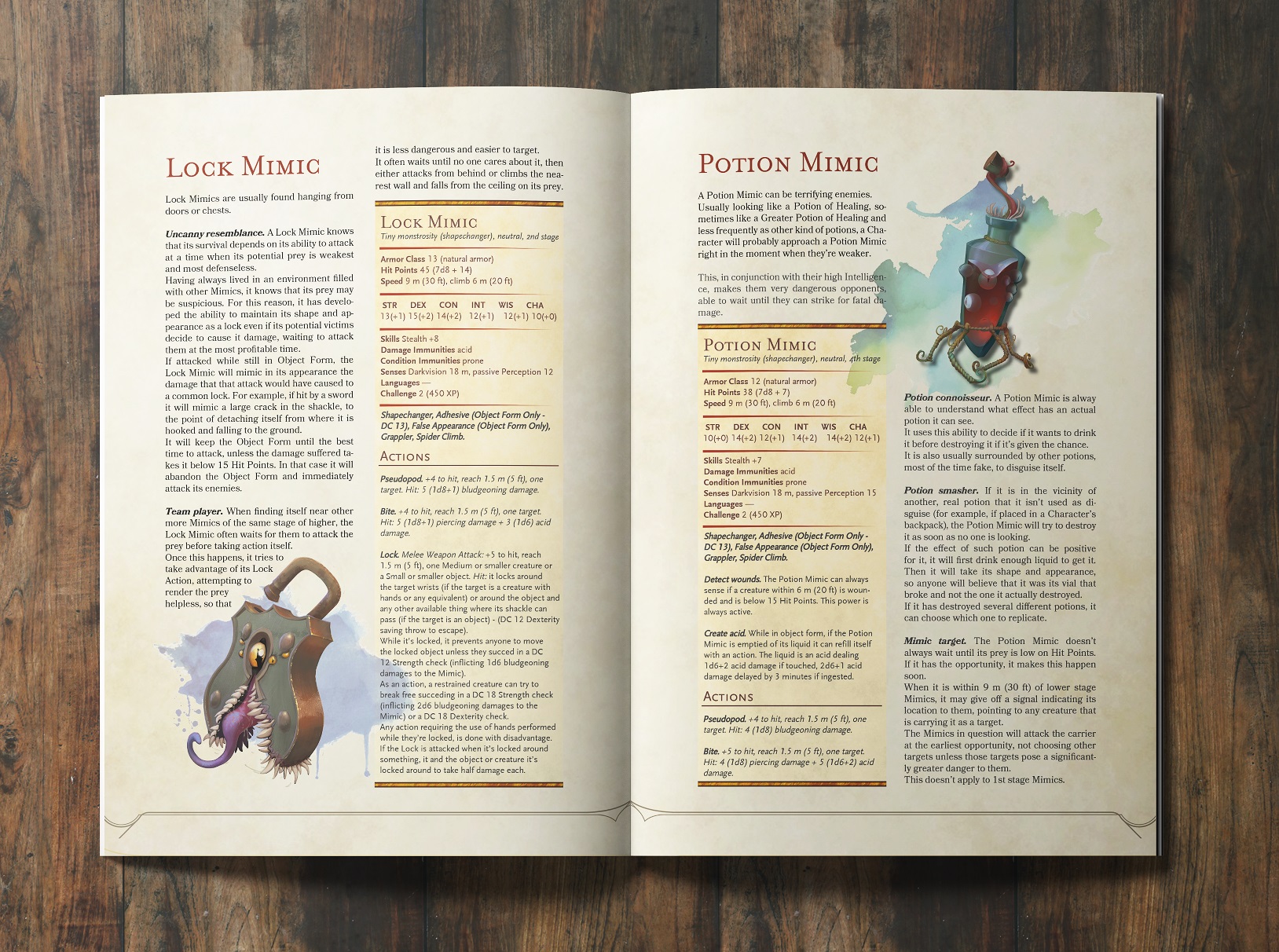 What's in the book: